XSign in by: Email Mobile

Yiwu China Commodities City is located in Yiwu, a city in central Zhejiang Province. It is 300 kilometers away from Shanghai and one and a half hours’ drive from Hangzhou International Airport.

China Commodities City covers a business area of more than 5,500,000 square meters and owns 75,000 booths, 200,000 suppliers who mainly deal in daily necessities, and 214,000 daily passengers. Over 1.8 million kinds of commodities which are exported to 219 countries and regions are commercialized here, 65 percent of which are foreign-oriented. It was appraised as “the largest small commodities wholesale market in the world” by the UN, the World Bank, the Morgan Stanley and other authorities.

International Trade Mart is an important part of Yiwu China Commodities City, which was named the National AAAA Tourism Shopping Scenic Area by National Tourism Administration in 2005. The mart which possesses advantaged tourism resources is also famous for its abundance of commodities, high quality and competitive price. All these factors make Yiwu International Trade Mart enjoy the reputation of “Sea of Commodities and Paradise of Shoppers”. 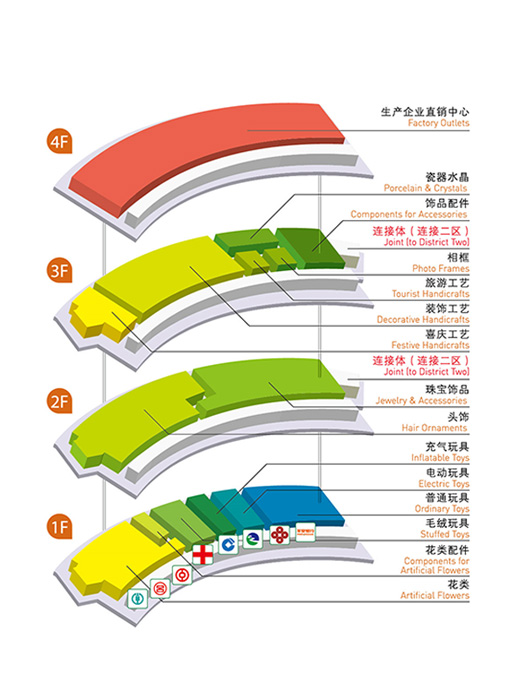 The transportation of the center is very convenient with parking lots in south square and sixth floor for free bus. There are 16 directly elevators, 5 escalators and 21 stairways, which can get the center directly. By the way, we possess the Chinese food court and tourist center. Tourism & Shopping Center is the best choice for shopping, playing, tasting and experience.

E-commercialization carried Yiwu Market online, which is the biggest in the world and has 75 thousand shops. 360°whole view display of shops makes people like be personally on the scene in Yiwu market. Based on traditional markets, the transactions on Yiwugo.com are controllable, trustful, and traceable. Integrity is the biggest specialty of Yiwugo . Yiwugo establishes Integrity Transaction System with the core of Yiwugo business certificate as well as online-offline connection, to ensure the safety of every transaction through four implements, which are shop credit rating, complain dispose, secured transaction and the deceived buyers compensation plan.

Mobility，that is, Yiwugo mobile phone APP (search“Yiwugo”in the mobile application market). Mobility is an important strategy of Yiwugo , Yiwugo APP greatly facilitates the buyers to search goods in Yiwu market. At present, millions of businessmen installed Yiwugo mobile phone APP, and more than half of the daily data and orders come from the phone APP. Yiwugo mobile APP makes it more convenient for procurement.